A Growing Debate: Should Beer be Considered Essential Amid Mexico’s Lockdown? 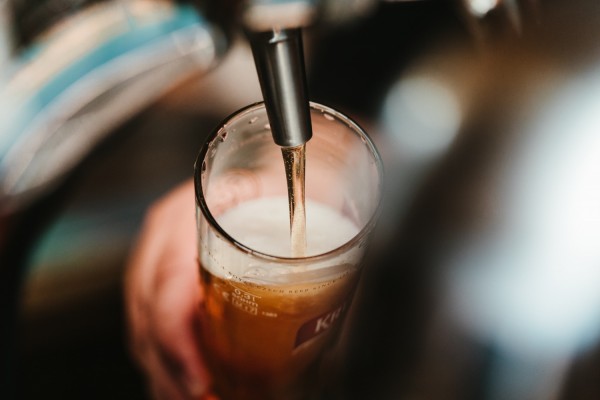 One of the most heated arguments in Mexico in this time of the pandemic, probably, following disagreements about COVID-19 testing and personal protective equipment, is the boiling issue of whether beer should be considered as an "essential" product while the country is experiencing lockdown.

In a press statement made on Tuesday, the National Alliance of Small Business said that supplies of beers need to be guaranteed since these beverages help people who are "getting through quarantine on beer terms."

Following Mexico's order for closure of the majority of the non-essential businesses late last month, including the major breweries of the country, the outlook of a looming scarcity of brew became a heated debate within the Mexican government.

First, in the first week of April, the Agriculture Department sent the major breweries a letter as their invitation to restart their production. This particular communication depicted an instant rebuke from the COVID-19 point man of the government, Hugo Lopez-Gatell, the assistant health secretary.

Lopez-Gatell on the Breweries Restarting Production

The health official's reaction to the said letter was that "this was a mistake," and according to him, it will be corrected.

He added that general orders are coming from the health authorities, telling to suspend "all work activities except the essential ones," which are all indicated in the "decree of March 31" of the Health Council.

More so, the essential ones, Lopez-Gatell said, do not include beer production or distribution.

Just a day after the order came out, the Department of Agriculture issued a separate statement indicating it had never meant authorizing the breweries' re-opening. Instead, the department added, it tried to encourage the said businesses to continue buying the barley crops of Mexican farmers.

It is the role of the Agriculture Department, in this case, to encourage the beer industry to buy the crop as the formers are not capable of storing the grain, the department explained.

While it opted not to comment on the argument, the beer industry has pushed "the idea of home delivery of their existing suds' stocks. More so, several breweries have already taken advantage of their plants currently not being used for the production of ethyl alcohol and hand sanitizer.

Some have already contributed to the hospitals in the country. However, the business chamber that represents the smaller craft brewers of Mexico claimed that a survey suggests 45 percent of smaller brewers believe "they could go under" if this lockdown lasts three months.

Meanwhile, the strict stance of the government is not convincing the small business chamber, as well, which indicated that 40 percent of the total sales volume of small stores is beer.

During this time of social distancing and isolation, not to mention the unbearable heat, the association claimed that "the demand for beer" is more than evident, and it makes the government's 'stay-at-home' order quite more bearable, too.