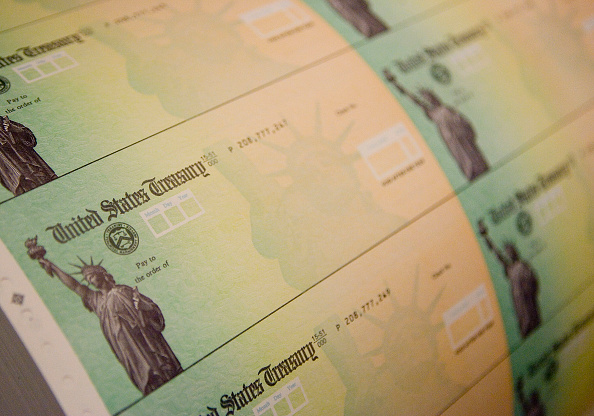 (Photo : Jeff Fusco/Getty Images) Economic stimulus checks are prepared for printing at the Philadelphia Financial Center May 8, 2008 in Philadelphia, Pennsylvania.

Today's election could affect much of what happens next year, including the state the COVID-19 relief aid and stimulus checks.

The state of stimulus checks is one of the most pressing concerns among struggling Americans right now.

Results of the election will influence the amount of checks and how much the total package could be.

Depending on election results, leadership could step in to change the course of stimulus checks.

According to CNET, House Speaker Nancy Pelosi plans to try to approve a new round of stimulus funds in the "lame duck" session before the start of the new Congress in January.

But on Monday, Pelosi backtracked and said federal aid may have to wait until next year.

If Democrats do win the Congress and the White House for this election, federal aid will balloon further just as current Congressional Democrats aim for comprehensive aid.

"I think that'll be something we'll need to do right at the beginning of the year," McConnell reasoned on the Hugh Hewitt radio show.

He wants to see a more modest package, lower than the $3 trillion price tag that Pelosi demanded.

Depending on who prevails, the results of the election can affect direct stimulus payments through three ways:

Negotiators' eagerness on passing a bill may depend on who wins the election.

Control of either the House of Representatives or the Senate could change motivations to either strike a deal sooner or later.

"The motivation level on both sides will depend on how the election comes out," said Republican Sen. Whip John Thune told The Hill.

Most parties involved in the negotiations said they want to pass the bill after the election, but how far off from Election Day remains a question.

Of course, if passing the bill gets pushed back, so does the sending of checks.

Depending on who wins, new participants may come into the stimulus debate, said CNBC.

If Democrats gain control of both chambers of the Congress and the White House, a new package might be very different from one that required bipartisan support.

A large package is likely to pass a Democratic-controlled Congress, granting stimulus checks, money for testing and schools, and the like.

But with a split Congress, there is a chance to get a narrower bill for targeted aid before the inauguration followed by another package in early 2021.

Qualifications for Stimulus Checks Could Change

Both parties want to make changes in the eligibility requirements from the first stimulus check, but they have different ideas on how to change it.

For example, Democrats support sending some undocumented immigrants who pay taxes with the same $1,200 check afforded to U.S. citizens.

They also want to expand the definition of dependent to include college students and older adults.

It's also possible that the second stimulus bill will clarify if imprisoned individuals are eligible to get a stimulus check.