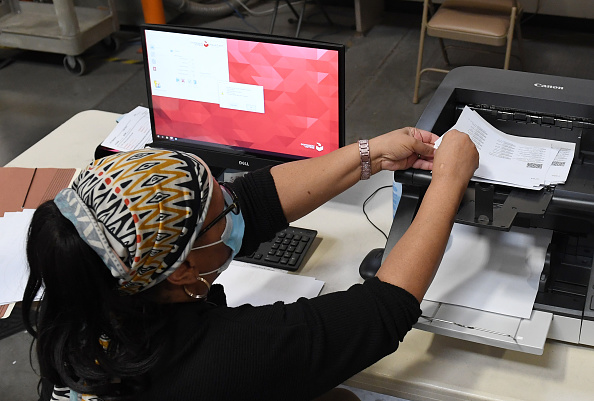 Election result projections started streaming in, but we still don't know for sure who won this year since not all votes have been counted.

But President Donald Trump's campaign already expressed Wednesday that it is looking for a recount of the election in Wisconsin.

Trump noted some "irregularities" in the Wisconsin election, saying it was a "razor-thin race" that raised doubts, reported USA Today.

Campaign manager Bill Stepien said the president is "well within the threshold" to ask for a recount. But they will still have to wait for the end of the initial count to be completed, said CNN.

Wisconsin isn't the only state which might go through a recount as the country awaits results of the presidential race.

Here are some recount rules in several states where Democratic nominee Joe Biden is leading:

As of Wednesday morning, Biden is more than 90,000 votes ahead in Arizona.

Votes will be reported in the state on late Wednesday ET and possible until early Thursday ET, said Arizona Republic.

Recount Rules: There have to be less than 200 votes or a less than or equal to 0.1% margin. Candidates can't request for the recount. The certification deadline for Arizona is November 30.

Nevada may not update vote totals until Thursday, but Biden is leading by approximately 8,000 votes.

Read also: More Latino Voters in Florida Picked Trump This Election Than in 2016

Mail-in ballots postmark for November 3 but received by November 10 can still be counted.

Recount Rules: There are no rules that could trigger an automatic recount, but a candidate defeated in an initial count can request for a recount, said FOX News.

Biden is leading in the state by about 20,000 votes as of midday Wednesday.

Recount Rules:  Wisconsin also doesn't have a provision for an automatic recount in its election.

If the race continues on its one percentage point margin or less, the losing candidate can ask for a recount. A recount can't occur if the margin is larger than that.

Biden has a lead of 60,000 votes in Michigan approximately.

In order to make a comeback, Trump will have to over-perform the current count. The hope is initial counting can be finished by the end of Wednesday.

Recount Rules: Recounting is automatically triggered if there is a margin of 2,000 votes or fewer. Candidates who have "reasonable chance of winning the election" can ask for a recount, according to state law.