'One Very Important Question': Trump Campaign Asks Supporters if the President Should Run Again in 2024 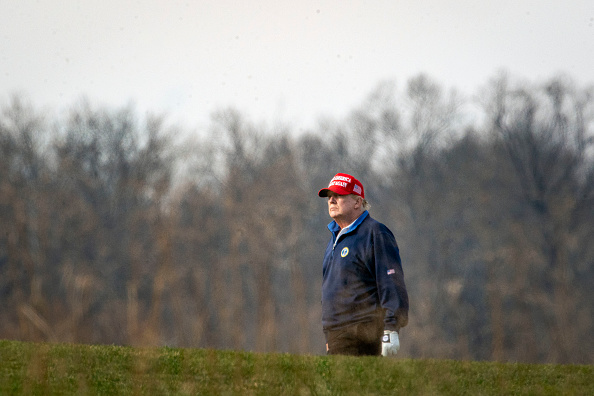 President Donald Trump's campaign sent an email to supporters on Tuesday night, asking whether he should run for president in 2024.

The email, with a link to the poll, said the election was "stolen" from Trump, said a report from USA Today.

Even though the Electoral College has already cast its votes for his Democratic rival Joe Biden, the president has not yet conceded or admitted that he lost this year's election.

"Rest assured, YOUR President will NEVER stop fighting for YOU and YOUR family," the email said. "He will do whatever it takes to ensure America is put FIRST."

It noted that the question regarding a possible 2024 run was "ONE very important question." Also, part of the email was a call for donors to the "Senate Runoff Election" fund, which primarily benefits Trump's new leadership PAC, reported The Week.

The Trump campaign has already sent around 500 emails, and more than $207 million had been raised as of December 4.

The runoff elections will decide whether the GOP will continue control of the upper chamber of Congress or the next four years would be made up of a unified Congress.

In case of a tie-breaker or a 50-50 Senate vote split, Vice President-elect Kamala Harris will have the final say.

The president repeatedly said he won the general elections this year against Biden. However, Biden was officially declared the President-election on Monday.

He won 306 of the Electoral College's 538 votes, while Trump won 232. He surpassed the 270 votes needed to clinch the White House seat.

Before the official declaration, Trump already hinted that he might run again in 2024.

"It's been an amazing four years. We are trying to do another four years. Otherwise, I'll see you in four years," Trump said early this month at a White House holiday party.

Two GOP sources who were in attendance confirmed that Trump did say this comment, reported Fox News. However, Trump was generally quiet when talking about the 2024 election, the news outlet added.

"I don't want to talk to 2024 yet," he told reporters during Thanksgiving.

Politico also said Trump might just need everyone to think he's going to run again in 2024 when, in fact, "[he] doesn't need to run for president again."

Even though there has been no evidence of fraud found as of recent, and many legal challenges have been dismissed, Trump's vowed to object to Biden's electoral votes.

During the Electoral College vote, Trump tweeted that there was "massive fraud" in the election.

Read also: Here's What It Would Be Like in Trump or Biden Presidency

Some of Trump's allies in the Congress said they are planning to object to the Biden-leaning Electoral College votes in key swing states once the votes are given to the House and Senate for certification on January 6, another USA Today report said.

But the GOP doesn't have enough support to void any votes, the report continued.

Business Insider even noted that some GOP lawmakers are already referring to Biden as "President-elect" after Monday.

Still, Trump and his aides were defiant. "We will NEVER surrender," a Trump campaign fundraising text on Monday read.

Trump still has some legal actions pending in several states, but almost all have been dismissed by judges, including the Supreme Court.