Milwaukee Bucks, the current NBA champion, shocked the world after it surprisingly defeated one of the best teams in the National Basketball Association League, the Phoenix Suns, which Chris Paul or CP3 leads. 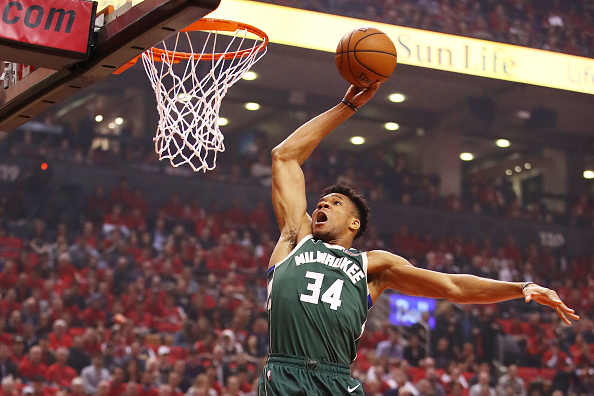 (Photo : Photo by Gregory Shamus/Getty Images)
Giannis Antetokounmpo #34 of the Milwaukee Bucks dunks the ball during the first half against the Toronto Raptors in game four of the NBA Eastern Conference Finals at Scotiabank Arena on May 21, 2019 in Toronto, Canada. NOTE TO USER: User expressly acknowledges and agrees that, by downloading and or using this photograph, User is consenting to the terms and conditions of the Getty Images License Agreement.

According to Khon2's latest report, Giannis Antetokounmpo, a.k.a "The Greek Freak," became the NBA Finals MVP in 2021. Bucks' fans embraced the champ because of his efforts to maintain his team until the finals.

The efforts of the Bucks and Phoenix Suns were seen after they defeated the heaviest teams in the NBA League. These include The Golden State Warriors, Raptors, Los Angeles Lakers, Cleaveland, and more.

On the other hand, Taco Bell also celebrated the team's victory by giving away free tacos to viewers across the United States.

However, Taco Bell's customers were not really happy since they faced a disappointing menu shortage from the company.

"Y'all be bullshi*tin. Still not available in my area. If your gonna run a promo atleast have the shit your promoting," said one of the fans in the comment section.

Is Buck To Blame For Taco Bell's Menu Shortage?

News Nation reported that Taco Bell's free tacos are free on Thursday, July 23. The fast-food chain also announced that its customers could visit the participating U.S. locations to redeem their free tacos throughout the day. 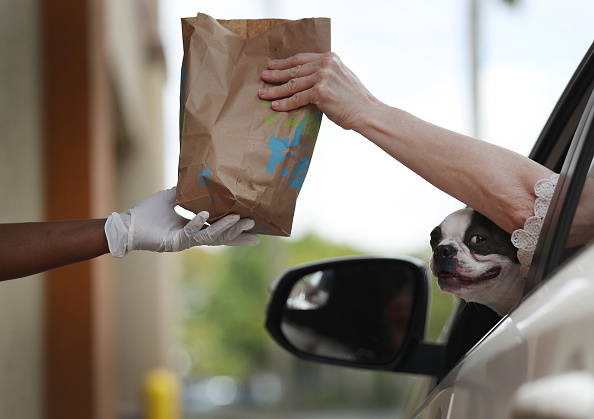 (Photo : Photo by Joe Raedle/Getty Images)
A dog peeks out as a Taco Bell employee delivers an order to a customer at the drive-up window of the restaurant on March 31, 2020 in Hollywood, Florida. Mark King, CEO of Taco Bell Corp. announced that Tuesday, March 31, Taco Bell drive-thru guests across America will receive a free seasoned beef Nacho Cheese Doritos Locos Tacos, no purchase necessary while supplies last as part of its coronavirus response.

However, the food agency's freebies are only available during the operating hours of its branches. Taco Bell confirmed its NBA Comebacks Initiative promotion earlier in July. The company said that it decided to honor the return of its popular Flamin' Hot DLT.

But, this product will only be available on its menu for a limited period. On the other hand, the fast-food company also faced some issues after various branches experience the national ingredient shortage. As of the moment, Taco Bell did not confirm if their free taco deal causes the unexpected issue.

According to Yahoo Finance's latest report, Taco Bell released a statement confirming that the national transportation delays are to be blamed for the menu shortages of its branches.

It added that it might be temporarily out of some items. However, Taco Bell did not confirm the exact products affected by the current national ingredient shortage issue. On the other hand, the fast-food chain also didn't confirm when it will be back to normal operations.