Barry Sanders, the Detroit Lions Hall of Famer, showed that even if you are vaccinated, wearing a face mask, and do other protective measures, there's still a chance you could contract the deadly COVID-19. 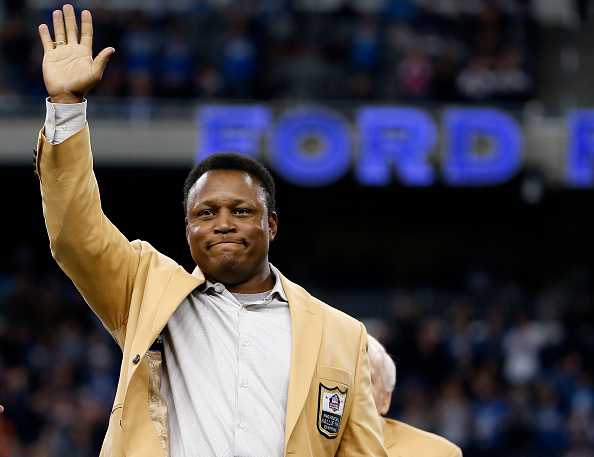 The retired football player, who played in the National Football League for 10 seasons, confirmed that he has the novel coronavirus. The former American footballer added that he is also asymptomatic.

"Despite being double vaccinated, wearing a mask, and taking all the precautions... I tested positive for COVID. I don't have any symptoms, but am staying in until I get the green light from the Docs. I will be ready to go for @49ers on 9/12 @Lions @NFL," Sanders wrote in his official Twitter post.

According to USA Today's latest report, Sanders was infected by the novel coronavirus even though he was following the advised protocols against COVID-19. 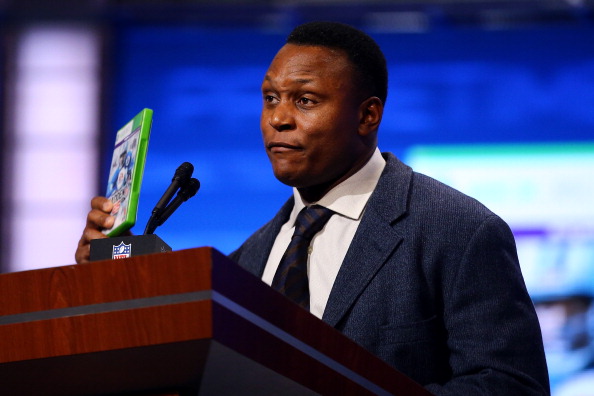 (Photo : Photo by Al Bello/Getty Images)
Madden 25 Cover Player, Pro Football Hall of Famer and former Detroit Lions running back Barry Sanders announces that the Detroit Lions picked Ezekiel Ansah of the BYU Cougars with the #5 overall pick in the first round of the 2013 NFL Draft at Radio City Music Hall on April 25, 2013 in New York City.

Yahoo Sports also reported that this was sad news since the 53-year-old sports icon has made regular appearances at Lions events for the past few years. As of the moment, he is a paid Detroit Lions ambassador.

Based on his Twitter statement, he is confident that he would be ready before the upcoming Lions' regular season takes place this coming September 12. His former team would fight the San Francisco 49ers.

However, no ones knows when will the American football star will be safe to attend sports events. Many of his fans shared their messages of care on the Hall of Famer's Twitter post.

Despite being double vaccinated, wearing a mask, and taking all the precautions I could... I tested positive for COVID. I don't have any symptoms, but am staying in until I get the green light from the Docs. I will be ready to go for @49ers on 9/12 @Lions @NFL pic.twitter.com/K13d32wEzv

One of them said the former American footballer could easily overcome COVID-19. However, one of the commentators used this chance to share his anti-vaxxer belief.

He said that Sanders' case should be a reminder that even when you are vaccinated, you will still get the virus. The Twitter user even added that what's the point of a vaccine if it can't protect you from COVID-19.

All Detroit Lions' Coaches are Vaccinated

As of the moment, around 90 percent of the Detroit Lions' players are already vaccinated. On the other hand, all their coaches already received their jabs.

However, some of their players are still on the COVID-19 list. These include linebacker Jalen Reeves-Maybin, defensive tackle Nick Williams, as well as offensive lineman Evan Heim.