Pacquiao-Ugas January 2022 Rematch Could Happen? PacMan is Confident, Saying Yordenis is One of His Easiest Opponents

The Filipino boxer is now considering Pacquiao vs. Ugas rematch after he lost against the Cuban welterweight fighter. The result of the recent WBA (World Boxing Association) welterweight title match between the young fighter and the legendary athlete was a bit surprising.

Even before the match began, various sports analysts and retired boxers claimed that Manny "PacMan" Pacquiao would win against Yordenis Ugas since he has more experience and is faster than the young counter-puncher.

However, the last-minute replacement for Errol Spence Jr., the original opponent of PacMan, was able to retain his title as the WBA welterweight champion after he defeated the Asian athlete via unanimous decision by the 12th round.

"He's a great competitor, but I came in here to show I am the champion of the WBA. A lot of respect for him, but I won this fight," said the current champion.

If you were watching during the fight, you will definitely see that Ugas did his best to win against PacMan, especially since he went home with bruises on his face.

According to CBS Boxing's latest report, PacMan said he could be back in the ring one more time before he finally retires. He said that he plans to have a rematch with the titleholder this coming January 2022. 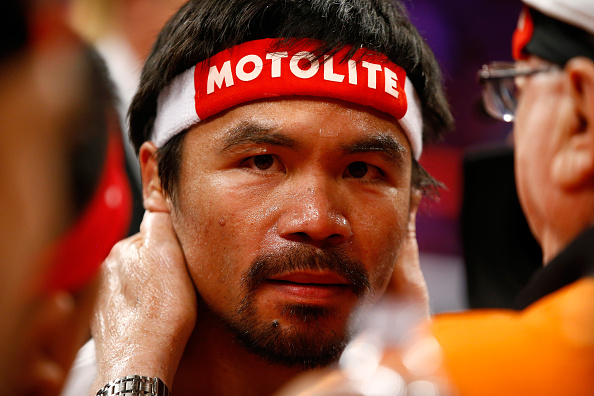 However, the final date is yet to be revealed since the two parties haven't completed their alleged plan. Although this is the case, Ugas also said that if his legendary opponent wants another shot of the title, he will give it to him since a champion like PacMan deserves it.

On the other hand, Manny also showed his confidence in the rumored rematch, saying that Yordenis is one of the easiest opponents he faced throughout his career.

"Ugas only had one style, and I should've been able to easily move away. You've seen how I have moved in my fights before. I couldn't move in this fight. My legs just stopped," he said via Boxing News 24.

PacMan is Still Not in a Good Condition

The Mirror reported that Manny PacMan is still suffering from his recent fight against the Cuban champion. He announced that he was due to consult with an eye specialist after he couldn't open his eyes when he woke up.

As of the moment, Jinkee Pacquiao, his supporting wife, is spoon-feeding the boxer since his eyes still suffer from blurry vision, especially the right one.