Alaska recently received its first electric school buses back in 2020. This EV innovation is quite useful since it is confirmed to perform even at extremely low temperatures. 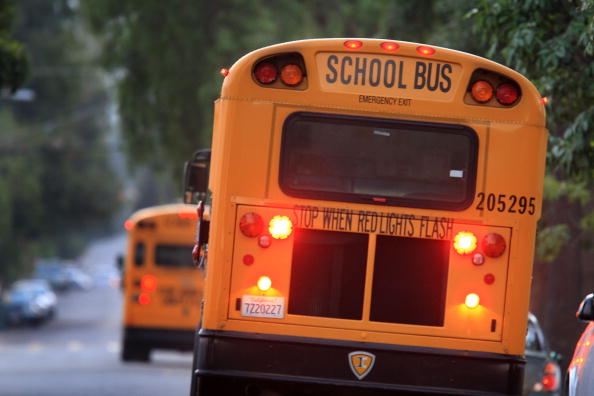 (Photo : Photo by David McNew/Getty Images)
School buses drive down teh road to pick up children before classes begin on October 10, 2008 in Pasadena, California. California State Treasurer Bill Lockyer has warned that California cash revenues will run out by the end of the month. If that happens, 5,000 California cities, counties.

"The quality, safety, and comfort of every Thomas Built bus are evidence of our commitment to customers, drivers, and passengers," said the EV maker via its official website.

Meanwhile, Tok Transporation purchased the electric buses of Thomas Built Buses together with an Alaskan Energy Authority grant, which is needed so that Alaska can replace the traditional models in the town. 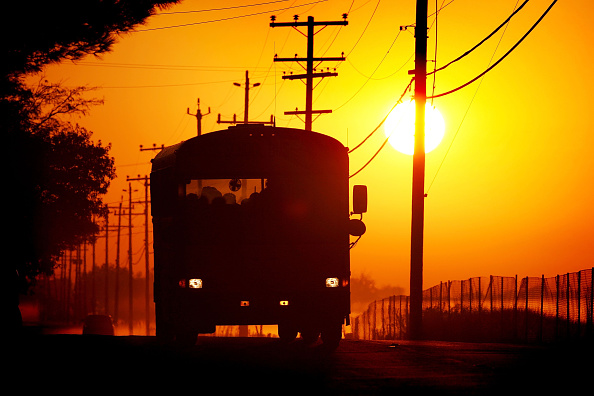 (Photo : Photo by David McNew/Getty Images)
A school bus carries children at sunrise on Bethel Island, one of the residential islands surrounded by levees that hold back the higher waters of the Sacramento-San Joaquin River Delta on September 29, 2005 west of Stockton, California.

"Even with a little bit of insulation on the batteries and kind of covering up the engine compartment, to try to hold in as much heat as we could, we were still using more energy to heat the bus than we were to drive the bus," explained Gerald Blackard, a Tok Transportation co-owner.

He added that Thomas Built Buses' electric school services are quite efficient even at -40F, saying that there were able to run these electric vehicles between August and September at around 1.7 kilowatts per mile. You can visit this link to see more details.

Will 'Build Back Better Bill' Lead to More Advanced EVs?

The U.S. House of Representatives passed the new "Build Back Better" legislation on Nov. 19. This new bill is expected to provide tax credits to various EV makers in the United States.

However, the U.S. Senate still needs to approve the bill before it is completely implemented. Based on CNBC's latest report, the Biden Administration's new "Build Back Better" act could allow manufacturers to sell more advanced electric car models.

This is just one of the efforts made by the U.S. government to boost the rising EV industry. Recently, it was also reported that U.S. President Joe Biden announced that adaptive headlights would be allowed in the country.

Based on all the confirmed EV efforts of the government, it seems like Americans can see more similar support from the current administration, which would definitely help more automakers to build more advanced electric vehicles.