'Spider-Man: No Way Home' Opening Night Tickets Now Sold Out! But, Some Are Sold on eBay—By Scalpers

"Spider-Man: No Way Home" is currently making a huge noise in the movie industry since many fans are so excited to see the film. 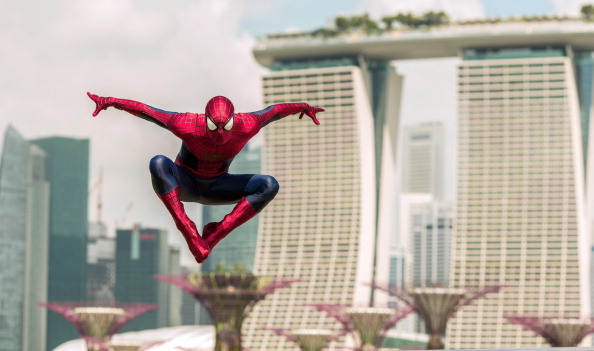 (Photo by Christopher Polk/Getty Images for Sony)
SINGAPORE - MARCH 27: (EDITORS NOTE: This image has been retouched.) (EXCLUSIVE COVERAGE) Spider-Man explores Singapore during his time in town for "The Amazing Spider-Man 2" on March 27, 2014 in Singapore.

This new Marvel movie is expected to arrive on Dec. 17 in the United States. However, some countries across the globe still need to wait before they can see the actual film in cinemas.

Before the popular Hollywood film is even released, various rumors already provided many things about "Spider-Man: No Way Home."

Since the tickets are currently so in-demand, CNET confirmed that various websites selling the film's opening night tickets suddenly went down. These include ATOM, Fandango, AMC, Cinemark, and Alamo Drafthouse, as reported by COMICBOOK.

Since some fans were not able to access the websites selling SMNWH's tickets, they are left with no choice but to look for people who are reselling the opening night tickets. 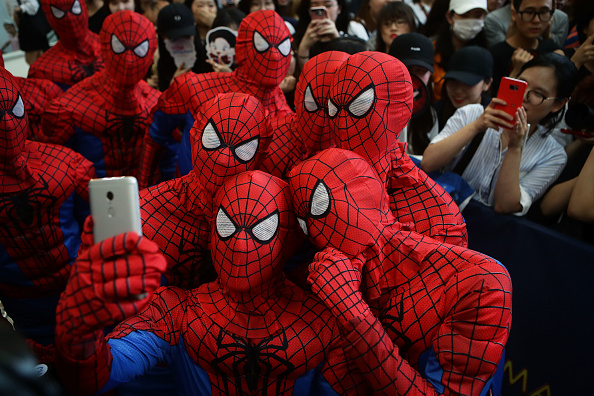 READ MORE: Dwayne 'The Rock' Johnson Surprises Navy Veteran Fan After He Was 'Moved' By His Story

"Over 2200 (~$75K+) tickets sold for 5-days weekend is roughly 4 hours of sale at BFI IMAX. Currently, it's 3 AM in the UK. #SpiderManNoWayHome. ATOM is down. Fandango is lagging. AMC is down. Cinemark is down. Harkins is down," said one of the fans on Twitter.

Now, it seems like scalpers are taking advantage of the ticket scarcity of "Spider-Man: No Way Home." Fans said that they saw the movie's opening tickets on eBay for a hefty price.

ATOM is down. Fandango is lagging. AMC is down. Cinemark is down. Harkins is down. #SpiderManNoWayHome pic.twitter.com/cxikVBtZfa

Some of them even cost $10,000, which is the minimum bud. Right now, it is not yet confirmed if there are some fans who already took the bait. You can view this link to see more details.

Why SMNWH is so Popular?

As of the moment, there are many reasons why "Spider-Man: No Way Home" is so popular. One of the main reasons is the return of the iconic characters and actors.

Recently, various speculations claimed that Doc Ock, Electro, Sand-Man, and other popular villains would return. But, the most awaited ones are the recent Spider-Man actors: Tom Holland and Tobey Maguire.

Aside from them, some popular MCU characters could also appear in the movie. One of the confirmed heroes to be featured is Doctor Strange, Benedict Cumberbatch.

But, some leakers claimed that Daredevil would also make an appearance. Settings also play an important role some most of the scenes in "Spider-Man: No Way Home" might take place in New York.