Representative Kam Buckner (D-Chicago) recently announced that he is re-introducing legislation to prevent funders of the insurrection on January 6, 2021 from doing business with the state of Illinois. 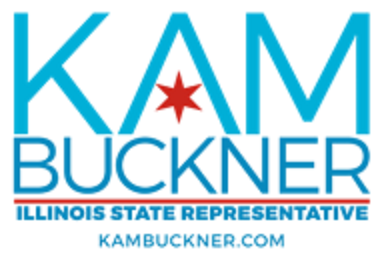 The bill, first introduced in February 2021, restricts state agencies from entering into any contract with a business, person, or other entity that has been found to have committed insurrection or advocated the overthrow of the federal or state government.

"If you help fund an insurrection, we won't fund you," Buckner said. "Too many partisans in Congress want to turn a blind eye toward this violence and these hostile acts toward our government. We can still shine the light of accountability on these individuals and companies at the state level, and we should not reward them with lucrative state contracts."

He said there may be corporations, companies, and individuals doing business with the state of Illinois who may have played a part in the sedition and insurrection at the U.S Capitol. One glaring example are billionaires Richard and Elizabeth Uihlein, who contributed over four million dollars to the Georgia based Tea Party Patriots, a group that has been widely documented and reported to have organized significantly around the insurrection.

According to WBEZ and the Center for Responsive Politics, the billionaires were "by far the single biggest donor to the Tea Party Patriots' PAC in each of the last three two-year federal election cycles."

Last Thursday was the one-year anniversary of the Capitol insurrection and the Congressional select committee investigating the siege continues their work to uncover what persons and entities are responsible for the attack that left five people dead and 140 police officers injured.

Buckner said, "Our deeds and our dollars are two ways we can stand up for the principles we hold dear. We have sworn to protect the Constitution and we should do so aggressively. This sends a strong message to anyone else that does business with the State to be responsible with what organizations you fund and support."