NFL Teams’ Focus for Improvement, According to Experts 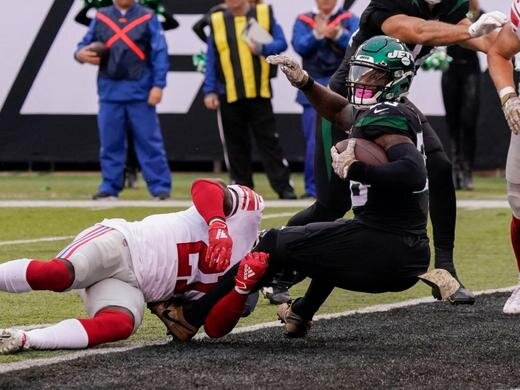 At the end of the 2019 NFL Playoffs, twenty-four teams are readying for 2020 off-season games. The majority of the teams will be handling their weaknesses in free agency while the remaining teams will take focus for the 2020 season. Some of the teams will be resolving issues involving their front offices and coaching-related concerns before shifting to changes to its on-field personnel. It vows to offer an exciting offseason for all the thirty-two teams.

NFL Nation's reporters had shared what they foresee as a big area for improvement for the teams in the NFL the next coming year. The following are a few of them:

According to Marcel Louis-Jacques, the team needs to have an offensive team player on-board. The recent additions to the team this season, John Brown, Devin Singletary, and Cole Beasley had impacted the improvement of the offensive play of the team since 2018. However, the team still needs a powerful player that can put points on the board.

According to Mike Reiss, the plan of the team's management to ask Rob Gronkowski to take a vacation from the team was stopped as Gronk announced his retirement. This resulted in a trickle-down effect on their opportunity to take Jared Cook. Thanks to their offensive coordinator Josh McDaniels, the team was able to prepare regardless of their limited options. The team can never find a sole player to fill the gap that Gronkowski left in the team.

According to Rich Cimini, the team needs to exert more effort into improving their offensive line. In the past, the team's offensive line was in good condition until it had fallen over time because of neglect. The last time the team had used a 1st and 2nd-round pick for an offensive lineman was in 2010.

According to Jamison Hensley, the team's 37 sacks had attained bottom rankings in the NFL. They also experienced difficulties the entire season for the quarterback without any glitches. The team's four-man rush had been the worst in generating sacks in the league. The team needs a pass-rusher in the worst way.

Cinci simply needs to create a long-term selection for the quarterback. This may be solved by getting Joe Burrow. Joe Burrow is one of the most highly considered quarterback prospects.

The Browns need offensive line assistance. They need to solve their left and right tackle and right guard problems. The team needs to strengthen their left tackle in the future draft to add protection and support to the blind spot of Baker Mayfield.

The Chargers did not win any games in the 2019 AFC West and have not finished in the division at a higher spot since the year 2009. Regardless of the return of Philip Rivers, the team will need to ensure its long-term response at quarterback. The team should prioritize locating a youthful quarterback for the 2020 season.