What You Need to Know About Amy Coney Barrett's Views 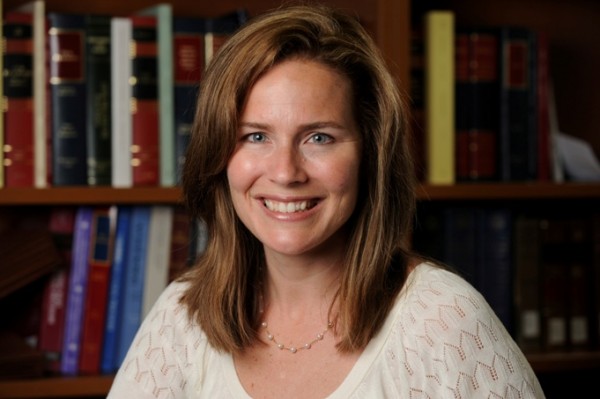 Barrett has maintained a conservative voting record in various cases. So her confirmation will make compromises less likely and create some changes in key issues.

For three years, Barrett has considered a substantial sample of hundreds of cases working on the federal appeals court in Chicago. The cases were marked by the methods used by conservative giant Justice Antonin Scalia.

She worked as a clerk for Scalia from 1998 to 1999. It gave her work the care, clarity and commitment like that of Scalia, said a New York Times report.

Scalia occasionally drifted away from conservative views, as in the case on flag burning. But Barrett could have a different kind of justice.

Here are some key issues in the U.S. today and the views that Barrett holds regarding them:

In her home state, Indiana, Barrett has considered three laws placing restrictions on abortion. In all three cases, she expressed doubts from appeals judges who struck down the laws.

Politico noted that Barrett has called abortion "immoral" in the past. She expressed openness to hollow out the landmark decision made in Roe vs. Wade, the Supreme Court ruling that granted abortion rights.

Justice Ruth Bader Ginsburg, whose seat Barrett will be replacing, was a strong supporter of reproductive freedom. She consistently casted voted against state encroachment on the landmark decision.

"The fundamental element, that the woman has a right to choose abortion, will probably stand," she said during a 2013 lecture at Notre Dame, said Associated Press.

She insisted that a judge should not impose their own personal convictions on the law.

A week after Election Day, the Supreme Court will hear arguments to the Affordable Care Act (ACA). If Trump and Senate Republicans get Barrett in court by then, she will be on the bench to hear this case.

Barrett being on the bench could add uncertainty to the state of ACA.

She was critical of Chief Justice John Roberts in his 2012 opinion sustaining a central provision of the health care law. "Chief Justice Roberts pushed the Affordable Care Act beyond its plausible meaning to save the statute," she wrote in a 2017 law review article.

Judge Barrett's nomination also raised concerns among the LGBTQ community. They fear a reduction of their rights.

In recent years, the high court has given importance to the advancement of LGBTQ rights. Their rulings gave gay and lesbian people marriage equality. They also recently gave protection of queer and trans people from employment discrimination.

Barrett is a Midwestern Catholic and a former law professor at Notre Dame. She has not yet expressed how she would rule about LGBTQ rights.

But she has spoken and written some extensive work about her conservative views on reproduction and sexuality, said a Vox article.

In 2019, Barrett said she wanted to limit the sweep of a federal law that forbids people with felony convictions from owning guns.

She said in her dissent that the law forbidding gun ownership for people with felony conviction should not apply if their crimes were nonviolent.

"History does not support the proposition that felons lose their Second Amendment rights solely because of their status as felons," she wrote. She added that the state can take away the right to bear arms only if the people were deemed dangerous.

© 2022 Latin Post. All rights reserved. Do not reproduce without permission.
Most Popular
Our Picks
In Other News
US News
Former Yankees Pitcher Sergio Mitre Gets 50 Years for Raping, Killing Ex-Girlfriend’s Toddler Daughter in Mexico
World
Argentina: Buenos Aires Education Minister Under Fire for 'Giving up' on School Dropouts
World
One of Mexico’s Most Important Art Collections Faces Uncertainty as Citigroup Offloads CitiBanamex
US News
Mexico Resort Shooting Leaves 2 Canadian Tourists Dead, Another Wounded